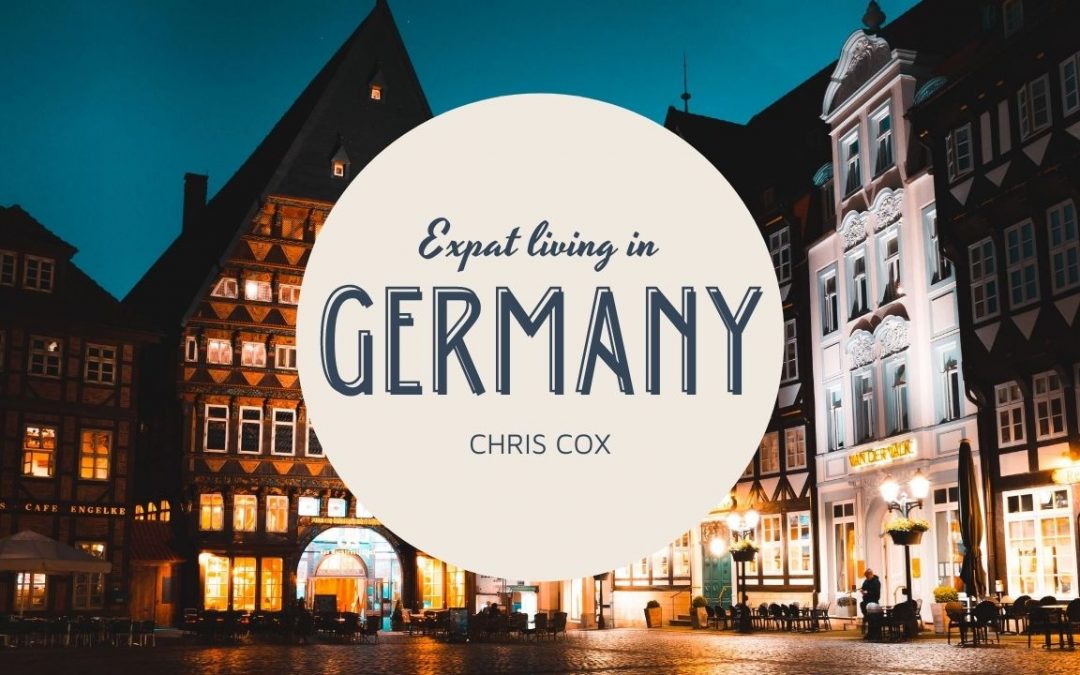 How has it been to be in Germany during this virus time?

The company I work for involves a lot of travelling – but we haven’t been able to do much of that. So most days consist of waking up at home, answering emails and calls ‘till dinnertime. But Germany has been doing pretty well – rates are lowering, things are opening up, playgrounds and cafes are reopening. It is quite nicer now than it was a few months ago.

How do you feel about the healthcare system?

Very good – I would say, not only because we are in a fortunate position, but local German insurance is good. Public insurance is run by private companies, but you can purchase it from different places. We have fantastic healthcare for a reasonable price, even total regular/free insurance. Our daughter was born here and we had an incredible service – we stayed six days in a family room and had three meals delivered a day. The cost is similar to the US – but it is very good in Germany. You get a lot for what you pay for. Because I have local contract and I am a German employee, I qualify for a German pension.

How long have you been in Germany?

I’ve been in Germany for 8 years – always in Hamburg.

I moved to Hamburg, Germany with Johnson & Johnson. Then I was interested in a job to be a financial controller for a factory outside of Hamburg. This was in the medical device group. I later joined a start-up medical device company in Hamburg and did that for about two years. Until I joined the company I’m currently with.

What are you doing for work?

I do a financial role as well – responsible for controlling a cluster of 12 plants around Europe and two headquarters in the U.S – my day job is to try to figure out the finances and strategies of those 12 factories for the company.

How has the visa process been for you?

It is easier if you can find a company to help you do the visas and relocation. I picked up a local assignment and because I was working with the company they were able to help with some of that, but the rest we did on our own. – I am under a German contract like any other citizen.

What is your current status? Allison? Can she work?

We have a permanent residency in Germany – Allison can work here, she has a permanent visa related to mine. So if I lose my job we could have an issue. Mine is unlimited, but around next year she can file an application to transfer to her own permanent visa.

How has it been dealing with the language?

I didn’t know the language – I had never been to Germany before. I mentioned to the companies I worked for that I didn’t speak German but they still told me to go for it and have fun – I haven’t had any issues with it so far. We’ve tried to learn German, but it is not fluent yet. All my work so far has been in English. I take a few courses a week to keep learning.

Raising a kid there?

Have taxes been complicated?

I mostly do it myself – it is very expensive to get help, and I’m no expert but I can do it myself. Since we have German income we file German income taxes. American taxes are a bigger headache than German ones – German forms need less information and filling in.

Are you paying any US taxes?

Yes – I still have a New Jersey rental and as Americans we have to file for global income taxes.

What is your cost of living compared to NY?

A two-three bedroom place would be about a million euro – so we are still in our apartment. I think cost of living is similar to New York, maybe suburban New Jersey – it didn’t strike us as very expensive when we moved here, but not very cheap. A proper restaurant is probably 20 euros for an entrée – beer is pretty cheap which is nice. But things like housing, buying an apartment, is very high. There are a lot of fun activities that are inexpensive, like summer events, parks, family things that don’t cost a lot.

What are the advantages to living in Germany vs the US?

The quality of life in Germany – people like to work hard, but also really really enjoy their life – the stress feels at a lower level here. In the US it feels very competitive – always going and going and work-based. Work vacations in German are taken very seriously, and overall personal time away from the workplace is very valued.

Any surprises/learnings/things you wish you knew

Coming from New Jersey to Hamburg felt pretty similar, both are pretty metropolitan areas – but there is always that feeling of whether you’ll be able to survive here or not. I think it depends on where you are coming from – a rural/suburban/metropolitan area – in order to adjust to a different place. The pizza did not compare to NY or NJ, so we miss that sometimes. Hamburg is a good fishing town, you can find some good seafood here. I also miss a bit of the small talk amongst other people/strangers – Germans are quite indifferent on the streets, very different than in New York City or the US.