The Cost of Expat Life in Mexico 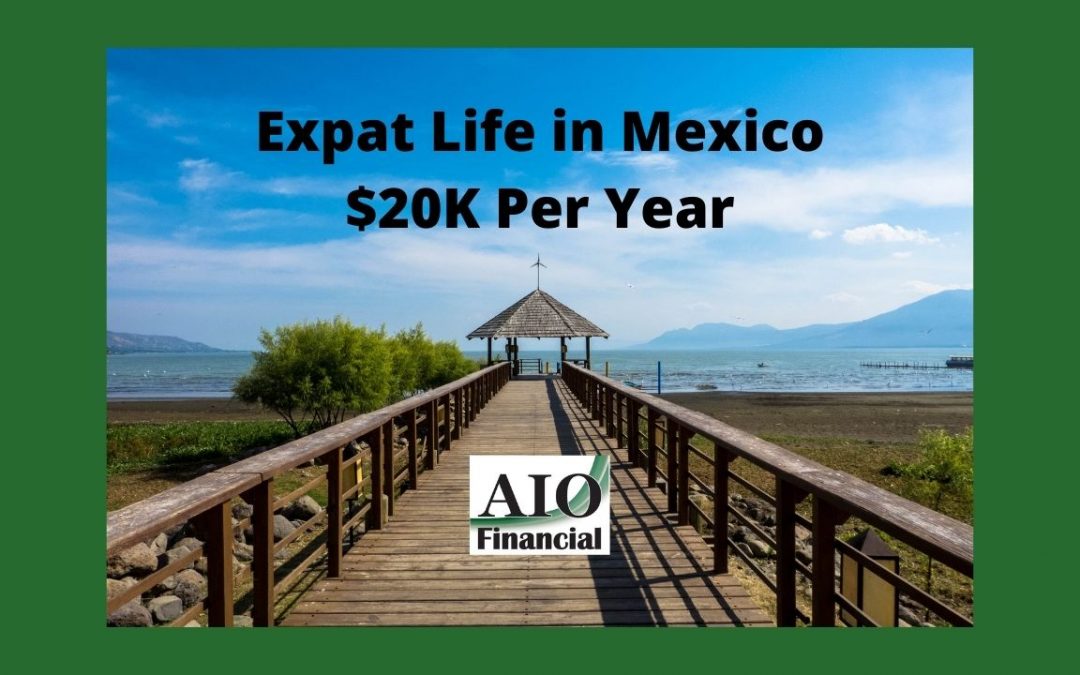 We have a free ebook about financial issues for expats: Download here

Half of the battle to reach Financial Independence is not spending very much. A great way to not spend very much is to live in a low-cost area. Living outside of the US is a one way to do that.

I spent several weeks this summer in the Lake Chapala area. This is home to the largest expat community in Mexico. There are about 20,000 expats in the area mostly from the US and Canada. This makes up about a quarter of the population in the area.

It’s located about a 40-minute drive south of the Guadalajara international airport. Guadalajara is the second largest city in Mexico where you can find world class hospitals, concerts, and events.

Lake Chapala is the largest lake in Mexico. There is some debate about how polluted the water is. I saw a few local kids swimming in it and several kayakers out paddling. I took a boat ride to a couple of the islands. I do not think regularly swimming in it is the smartest idea.

The weather is one of the biggest attractions. It’s mild all year round. It’s at about 5,000 feet elevation. There was some afternoon rain when I was there, but not enough to impact my plans.

Chapala is also not far from the Pacific Ocean. It’s about a 4.5 hour drive to Puerto Vallarta and a reasonable drive to many other nice towns.

Ajijic and Chapala are the two main expat cities. Most of Ajijic is construct on a hill. Chapala is larger, flatter and you don’t see as many expats (there are still plenty, just not as many as Ajijic). I personally like Chapala more than Ajijic. It’s larger and there is more to see. My mother has trouble with Ajijic’s cobblestone roads and walking up the incline in Ajijic.

I want to focus on the costs. It’s hard to say in general how much it costs to live in any city because everyone has their one standard of living (expenses they want to have). Your spending will be different based on several factors. The biggest factors are:
• Housing – buy or rent – live alone or with others
• Vehicle – have a car or walk and use the bus
• How much you eat out

Overall, expenses are much lower than in the US. Here are some examples:

Housing by far is the biggest expense. If you rent and will be in Chapala long term, renting year round, you can find something for $500 per month or less. I met a couple renting a room with a family and another person with a free room in exchange for caring for the home when the owners were away.

Owning a car is the next largest expense. For my family, it was worth renting a car during our visit to travel around but many are very content staying in town and using the bus system when needed. My mother spends several month each year in Chapala and doesn’t have a car.

In addition to housing and transportation, a single person could have a good quality of life for $1,000 per month per person.

Adding in housing and transportation, a single person could do fine on $1,700 per month and a couple on $2,700. That would be the cost for renting. Social security alone could cover the expenses for many Americans.

The cost of a home in the Lake Chapala area varies greatly. You could easily spend more than $300,000 for a nice home near the lake and downtown. You can find small homes further from the water and downtown for under $50,000. Everyone has different needs and likes but for an average US home ($363k), I’d expect to pay between $100k and $250k.

With home ownership, you will have repairs and upkeep but your monthly cost will generally be lower. Most Americans I met in the area rented.